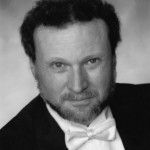 Paul L. Koenig has served as Voices of Omaha’s artistic director since 2017. Koenig is no stranger to the organization; he first performed the tenor solos with the artists in 1997 and has sung many of the performances of Messiah since then.

An active vocalist throughout his career, Koenig has sung with several area artists and organizations including Opera Omaha, Omaha Symphonic Chorus, and Soli Deo Gloria Cantorum. In 1978, he sang in the chorus at Saratoga Springs, N.Y. with the Philadelphia Orchestra conducted by Eugene Ormandy and Robert Shaw. He was also among the artists performing in the Classical Music Festival in Eisenstadt, Austria in 1984.

Koenig has also enjoyed serving as a voice instructor at Augustana University (Sioux Falls, S.D.); Creighton University and Grace University, both in Omaha. He also taught voice in the University of Nebraska at Omaha music school. Additionally, he was the interim choral director for UNO school of music in 2014-15. 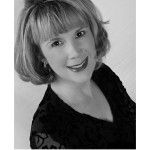 Campbell performs on the Phoenix Chorale’s Grammy Award-winning recording, Spotless Rose: Hymns to the Virgin Mary. Also, she is featured on its recordings, A Southwest Christmas and Shakespeare in Song.  She appeared with Conspirare on the PBS program A Company of Voices, Conspirare in Concert.  She is a featured artist on Conspirare’s Requiem recording which won the prestigious Edison Award (2010). She also sang on the ensemble’s Sacred Spirit of Russia recording. Campbell can also be heard on Phoenix Chorale-Kansas City Chorale’s Rachmaninoff: All-Night Vigil, which was the 2015 Grammy winner for Best Choral Performance. 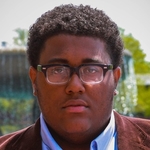 Justin Payne is a classically-trained tenor, composer, and playwright from Omaha, Nebraska. In addition to collaborating with Dani Cleveland on Heaven Come Home and Little Brown Boy, Justin composed music for The Draft with playwright Lisa Harrison-Jackson. One of Justin’s newest creations is Belle Terre the Musical, a whimsical story that sends an adolescent young woman on a journey to self-discovery with music inspired by the New Orleans brass band style.

Justin has performed as the tenor soloist for Handel’s Messiah with the Voices of Omaha and will debut as Artistic director for the 2022 season/performance. Justin has sung on stages in Germany, Austria, Italy, and China. In addition to these credits, Justin has enjoyed roles in You’re a Good Man, Charlie Brown, Once on This Island, and Little Shop of Horrors. Justin has served as the musical director for Buffalo Women musical reading, Giraffe’s Can’t Dance, a new children’s musical, and Choir Boy. This season he will join the Omaha Community Playhouse production team in musical direction of the Broadway hit, Dreamgirls. He also will join the University of Nebraska—Omaha school of the arts staff to co-music direct Into The Woods with Hal France. 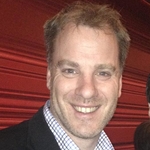 Kyle Sandall is an active educator and performer in the Omaha and Lincoln metropolitan areas. After graduating with a Bachelor of Music degree from Hastings College, Neb., Sandall was awarded a teaching assistantship to the graduate program of University of Nebraska at Lincoln where he received his Master of Music degree in vocal performance.

Sandall has performed in many musical theater and opera roles throughout the region including: the lead role in Sweeney Todd; George Benton in Dead Man Walking; Billy Bigelow in Carousel; Demetrius in Midsummer Night’s Dream; Priest Guide in The Magic Flute; Officer Lockstock in Urinetown; Ben in Telephone; Barry in Later that Same Evening; Oz in The Wizard of Oz; and Trevor Greydon in Thoroughly Modern Millie.

Sandall serves as a vocal teaching artist, clinician, contest judge, and private voice instructor. He is an active singer throughout the region, performing with the Opera Omaha chorus, the First-Plymouth Choir in Lincoln, Neb. He is a member of Resonance vocal artists ensemble in Omaha. Sandall was previously a member of the South Dakota Chorale. He has sung Mozart’s Requiem, Faure’s Requiem, Hayden’s Creation, and Handel’s Messiah on a number of occasions, and is a busy concert soloist.

David C. Neely is Professor of Violin at the Glenn Korff School of Music, University of Nebraska at Lincoln (UNL). He joined the faculty in 1993. Since 2010, Neely has also served as artist and faculty member of the Orfeo International Summer Music Festival (Vipiteno, Italy). Professor Neely is violinist and a founding member of the chamber group, The Trans-Nebraska Players. This ensemble performs regularly throughout the country; in 2014, the artists made their international debut performing at the Canadian Flute convention.

Neely received a Master of Fine Arts degree from the California Institute of the Arts (Valencia). His Bachelor of Music degree was earned at Iowa State University (Ames). He has also studied at Indiana University (Bloomington). Neely’s teachers include, Peter Marsh, Josef Gingold, and Mahlon Darlington. Prior to appointment at UNL, Neely was a tenured associate professor of violin/viola at the University of South Dakota (Vermillion) from 1987-1993. He was a founding member of the Rawlins Piano Trio. Neely served as first violinist of the Omega String Quartet at the Lutheran Summer Music Festival from 1989 to 1997.

Neely performs and gives master classes for artists throughout the United States and Europe. He is recorded on the Albany Records label. Neely has presented several sessions at the annual national American String Teachers National Conference (ASTA). He reviews violin, viola, and chamber music literature for the ASTA journal. He presented at the March 2016 national ASTA convention (Tampa Bay, Fla.). Neely appears as guest concertmaster of the Lincoln Symphony Orchestra. He has also served as co-concertmaster of the Sioux City Symphony Orchestra. He has been a member of several orchestras in various states including California, Iowa, Indiana, Nebraska, and South Dakota. Neely currently plays in the Omaha Symphony.

In 2015, Neely returned to the Orfeo International Summer Music Festival as Artist/Teacher in residence. He performed several faculty recitals, gave individual lessons, and presented master classes. In the summers of 2006 and 2009, Professor Neely was a member of the faculty at the Schlern International Music Festival (Italy) where in addition to  performing and teaching, he judged artists in the 2009 international concerto competition.

He also taught and performed at the Rocky Ridge Summer Music Festival  (Estes Park, Colo.) from 1998 to 2009. Neely spent a month teaching and performing in 2000 at the Sibelius Academy (Helsinki, Finland).

During the summer of 1997, Professor Neely embarked on a three-week tour of Europe. He performed 11 recitals in cities throughout Switzerland and Germany, including: Frankfort, Winterthur, St. Gallen, Schaffhausen, and Zurich. He also presented master classes for artists at the Leysin American School and Aiglon College (Switzerland), and at the University of Mainz (Germany). 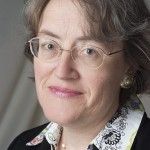 Victory Sedlacek, harpsichordist, has accompanied for ballet and modern dance artists for many years. She was music director at Princeton Ballet for eight years. Additionally, Sedlacek taught piano at the Westminster Conservatory Community School (Princeton, N.J.).  She is the accompanist at Burke High School, Omaha Academy of Ballet, MasterSingers, and also, organist at Second Church of Christ Scientist. Sedlacek accompanied the Princeton Girlchoir and Nebraska Children’s Choir “Cantori” for many years.

Sedlacek holds a Bachelor of Music degree in Piano Performance from the University of Nebraska at Omaha. Her Master of Music degree in Accompanying/Coaching was earned from Westminster Choir College (Princeton, N.J.). She continues to enjoy collaborative work with soloists, chamber musicians, choirs, dancers, and artists.